When it comes to electric bicycles, there are quite a few things to know. Firstly the laws regarding proper use in your state or country. Then you also have to know where to buy one and what you are looking for in your electric bicycle.

Last but not least, you have to understand how to keep your electric bicycle properly, how to charge the battery, how to clean and perform maintenance. But where are you supposed to store them? Can you hold an electric bicycle outside?

The short answer is you can store your e-bike outside. However, there are a few cautions to doing this. Just like any other cycle, your bike can rust and have its gears locked up by moisture. However, electric bicycles have an electric motor and battery that you need to worry about.

Usually, when you store your electric bicycle, you would take the battery out to charge. Because the battery is out, it leaves the port where the battery plugs in to provide power open to the elements.

Exposure to the components allows moisture from rain and humidity to enter and potentially damage or even break the motor’s components. You can combat this by getting a bike cover or storing it under some structure with a roof, but these are not foolproof.

As you continue to read this article, we will go more in-depth about the proper storage of your electric bicycle and what you need to do if you have to store your bike outside.

Can An Electric Bicycle Be Stored Outside?

When it comes to electric bicycles, storing them can be pretty straightforward. The absolute best way to keep your electric bike, bar none, is inside. Being inside somewhere gives the bicycle a comfy spot in a controllable environment, as many things can be detrimental to an electric bike.

A few issues come with storing your electric bicycle outside. Mainly, exposure to the elements will damage components inside the motor and even damage the exterior by fading paint and colors of your bike. Something else to keep in mind is theft. Being stored outside is going to increase the odds of your bicycle being stolen drastically.

Exposing Your Electric Bicycle To Rain And Moisture

Firstly, let’s talk about the damages caused by rain and moisture. Electric bicycles are made to be ridden in the rain. They have waterproof and water-resistant parts specifically for those situations where you are riding somewhere or coming back and it just starts to poor. However, rain can still be a factor when it comes to damaging your electric bicycle.

When you are not riding your bicycle, there is a good chance that you have taken the battery out to charge. When you remove the battery on your electric bike, it exposes the connectors that allow your battery to provide power to its motor.

This is possibly one of the most critical parts of your electric bicycle. If your bike is outside without its battery, these connectors are exposed to humidity and rain. Being exposed can be very bad, and moisture can damage these connectors and even seep into the electrical components that transfer power to the motor or even into the engine itself.

Exposing Your Electric Bicycle To Excess Heat From The Sun

Another element that you need to be mindful of when storing your electric bicycle outside is the sun and its heat. The heat and the ultraviolet radiation emitted from the sun can be detrimental to the electrical components and the look of your bicycle if left exposed for long periods.

1. The Sun Is Bad For Your E-Bikes Overall Performance

The heat from the sun will damage the electrical components of your electric bicycle. Excess amounts of heat will eventually lower the electrical resistors’ overall performance if left exposed for long periods.

Keeping your bike away from the sun is detrimental to your electric bicycle’s overall lifespan because even small amounts of increase in electricity can break circuits, wires, connectors, and other parts of your bicycle’s motor and electric components.

2. The Sun Is Bad For The Paint Job

UV radiation is also not suitable for the paint job on your electric bike. The sun will eventually fade the paint on your bicycle, leaving it much like a sunburn in the end. Keeping that in mind, just being out of the line of sight of the sun does not mean the bicycle itself is safe from UV radiation. UV rays can penetrate clouds and other thin surfaces.

How To Store Your E-Bike Outside Safely

You can combat damages from the sun, rain, and humidity using a bike cover. While bike covers are not entirely perfect, anything is better than nothing. The bike cover will protect the bicycle from rain and most of the humidity when you are inside at work or if you do not have room in your home to store your bike.

Furthermore, keeping your bicycle under some ceiling, like your porch, or under an awning of some kind will be beneficial for the life span of your electric bike. Using both of these methods in tandem is preferred.

How To Prevent Someone From Stealing Your Electric Bicycle

Suppose you are forced to store your bicycle outside, whether there is no room at home or if you ride to work or somewhere else. You run the risk of someone stealing your bicycle. Having your bicycle stolen is already bad enough, but electric bikes are much more expensive and will be even worse.

1. Remove The Battery Every Time

As previously stated, when you are not riding your bicycle, you usually remove the battery. This is not only common practice but is also recommended by the manufacturers. Doing this will allow you to recharge and keep your battery full, and in a lot of electric bicycles, this also helps prevent thefts.

This is because the bicycle locks up the pedals and the wheels, preventing it from being ridden without the battery. Even some bicycles do this and require a key to allow the bike to be adequately ridden, even further reducing theft chances.

2. Invest In A Good E-Bike Lock

Bicycle locks are a great way to prevent theft. There are plenty of super heavy-duty locks on the market that are perfect for protecting your electric bicycle. There are a few types of bike locks that you can purchase to protect your bicycle. 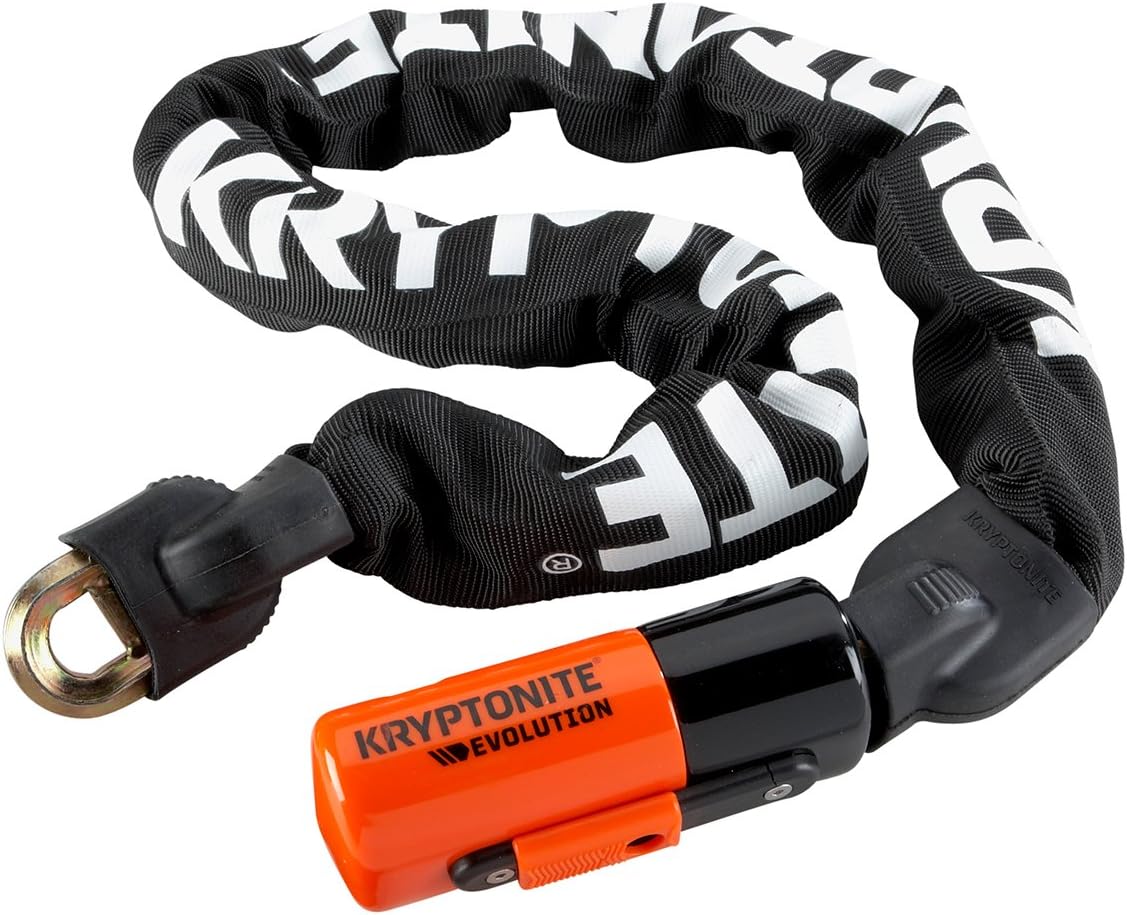 The Kryptonite Evolution Chain Lock (Series 4)  is a perfect example of a high-end chain lock. Being cut-resistant, grind-resistant, and pry-resistant, this bike lock is very tough.

The Kryptonite New York Lock Fahgettaboutit Mini is easily one of the best U bike locks on the market. 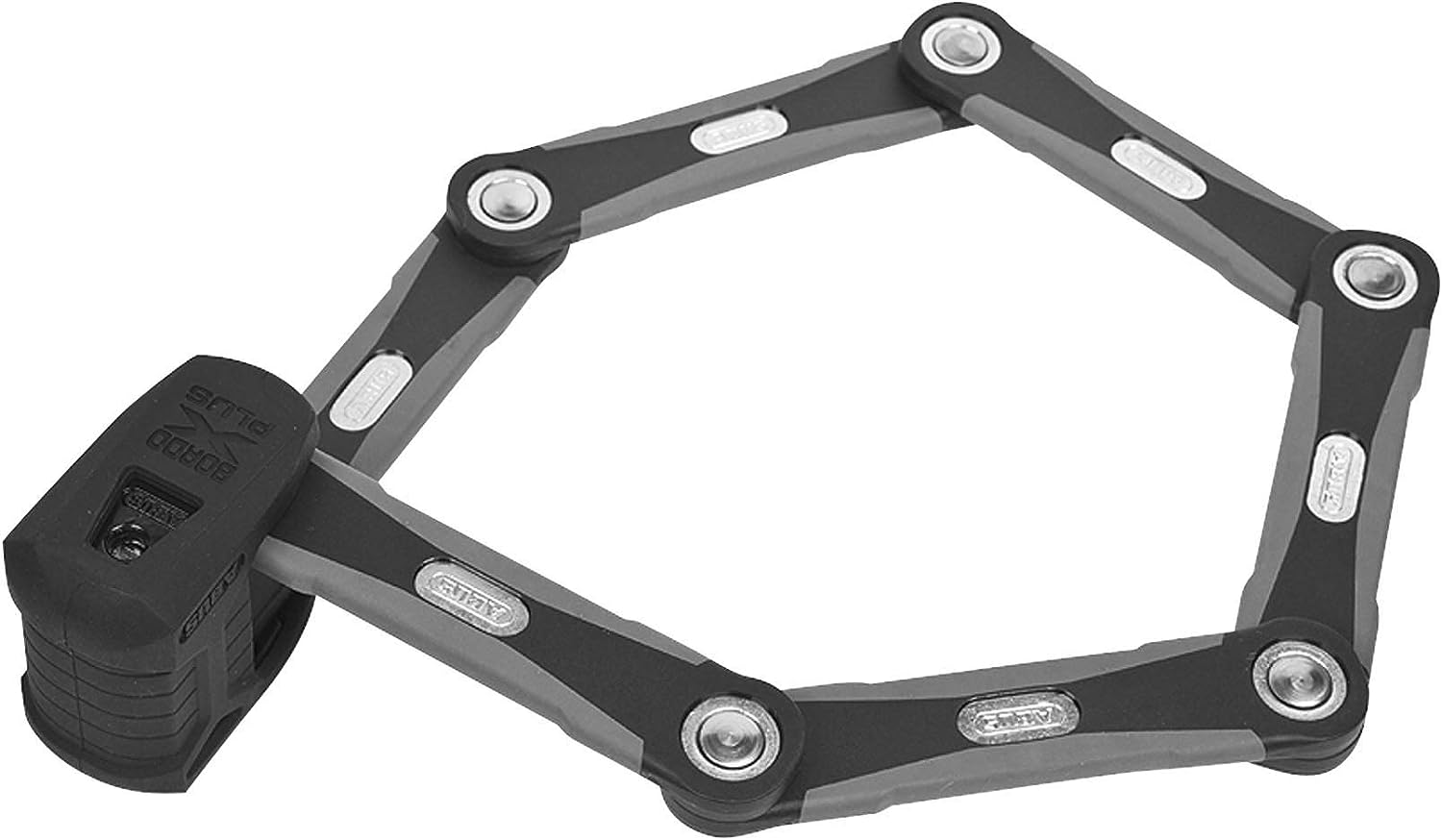 A great example of a folding bike lock is the Abus Bordo GRANIT X Plus. The main downside to folding bike locks is the joints where the metal bars fold. This being the weakest point on the lock can be broken with enough prying force.

Something to remember is, cheap locks are just that, cheap. If you have something worth protecting, like an expensive electric bicycle, it is always worth paying more money for a lock to help you keep it from being stolen.

If you need to store your bicycle outside, there are quite a few things you need to take into account and prepare to keep your bike safe. That being said, while you can store your electric bicycle outside, it is always safer and preferable if you can keep it somewhere inside. There are even plenty of electric bikes that fold in half to help conserve space so you can store it inside.